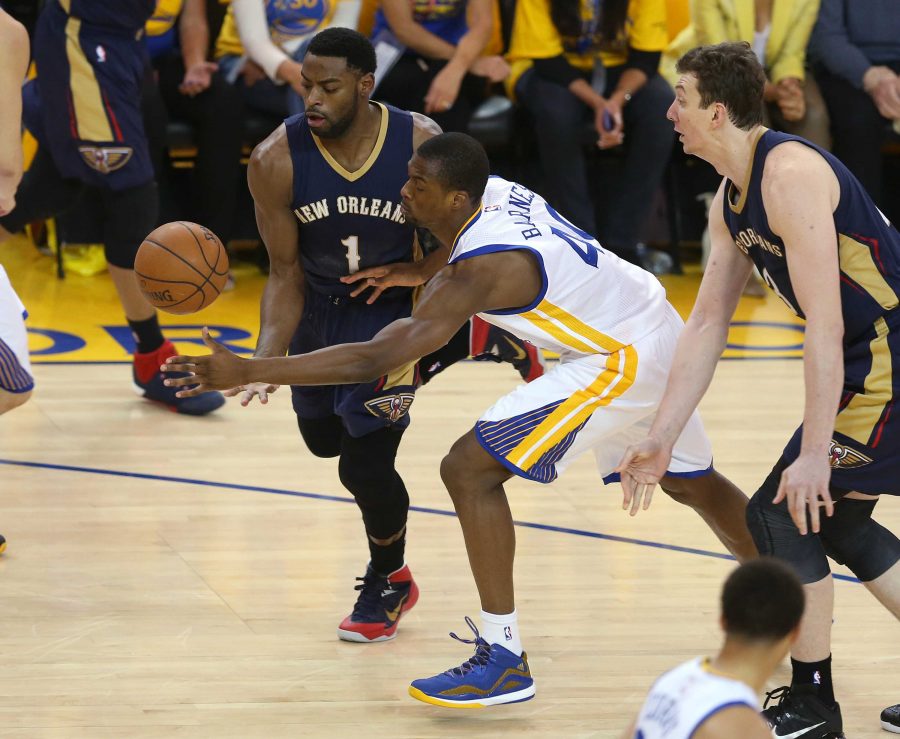 Why: Atlanta has been one of the most dominant teams in the NBA for the entire season. They feature 4 all-stars in their starting lineup and have one of the best shooters in the league in Kyle Korver. Their depth was hurt by Thabo Sefolosha’s season-ending injury, but the Nets have no where near the talent to challenge the Hawks. Brooklyn barely made the playoffs in the weak Eastern Conference and were well under .500. Atlanta should continue their meteoric rise and easily advance to the 2nd round.

Why: Cleveland began to heat up as the regular season came to a close and are playing some of their best basketball of the year. LeBron James is still one of the top 3 players in the league and the Celtics don’t have anyone who can stop him defensively. Kyrie Irving and Kevin Love may lack playoff experience, but they should step up against an inferior team. JR Smith is streaky but can be a game-changer when he’s hot. Timofey Mozgov has been excellent in defending the rim and the Celtics lack size to compete with him. Expect Cleveland to easily handle a Celtics team that was a shock to qualify out of the East.

Why: Milwaukee did surprisingly well this season, but they’re no match for the Bulls. Although athletic and long, the Bucks lack the shooting to space out Chicago’s tenacious defense. Jimmy Butler can shut down anyone on Milwaukee and Joakim Noah remains stout in the paint. Derrick Rose has been inconsistent since returning from a knee injury but he is still an offensive force that Milwaukee has to account for at all times. With how close the two cities are, Chicago should essentially be playing every game at home due to their raucous fan base. They should easily dispatch the Bucks to advance to round two.

Why: Both Toronto and Washington have been inconsistent for a majority of the season, but Washington has been improving recently. John Wall and Bradley Beal make up one of the best backcourts in the league and should be able to handle Kyle Lowry and DeMar DeRozan. Neither team has much of a bench, so the starters will have to carry most of the weight in the series, and Washington has a slight edge in terms of their starters’ quality. Marcin Gortat has been disappointing in Washington this year, but he is still an above-average center and can lock down the paint. Nene is inconsistent and injury-prone but should cause matchup problems against the smaller Patrick Patterson. This will be the closest series in the East and the only one where there isn’t a clear favorite. Washington should be able to pull out a tough win in game 6 to advance.

Why: The Golden State Warriors have had a historic season, winning 67 games, the most in franchise history, and only the tenth team to do so. They are dominant on their home court (39-2), and won the season series against the Pelicans 3-1. They led the league in field goal percentage, three-point field goal percentage, and assists per game, but wait, there’s more! The Warriors boast the second-best offensive rating, and the best defensive rating, as well as a league-best true shooting percentage. Want some more stats? Only one team has beat the Warriors twice this season, and that is the defending NBA champion San Antonio Spurs. While it is nice that superstar power forward Anthony Davis gets some playoff experience after having a historically dominant season, in which he ranked 11th in all-time player efficiency rating and led the league in blocks, It will only last four games.

Why: This series between two in-state rivals is chock full of storylines to follow. The owners of these two franchises, Mark Cuban for the Mavs and Daryl Morey for the Rockets, have had a series of colorful exchanges on twitter dating back to free agency in 2013, where both teams aggressively went after star center Dwight Howard, a battle Morey emerged victorious in. Last summer, Chandler Parsons left the Rockets, as a restricted free agent, to sign with the Mavs, spurring on another sequence of Tweets between Morey and Cuban. The feud continued on Friday when Cuban remarked “James Harden, I think, is the MVP. Because that’s not a very good team.” This is just the latest in a series of jabs between the two owners. In the season series, Houston won 3 out of the 4 games, and with Dwight Howard back from injury, the Rockets appear poised to make a deep playoff run.

Why: Perhaps the most intriguing of all the first round match-ups, this series looks to be as evenly matched and hard fought as any. The Clippers earned the third seed in the West, while the defending champion San Antonio Spurs fell to the sixth seed on the final day of the regular season, after suffering a loss to the New Orleans Pelicans. While these teams seedings suggest Los Angeles should have the advantage, the Clippers (56-26) only hold a one game split over the Spurs (55-27), and the two teams split the regular season series 2-2. Both the Clippers and the Spurs are coming into this series red hot; The Clippers have won 14 of their last 15 games, while the Spurs are on a 21-4 run, where they have outscored opponents by an average of 13.6 points per game. Ultimately, this game will come down to the only distinguishable difference between these teams – playoff experience.

Why: The Portland Trail Blazers (51-31) earned their top 4 seed by virtue of winning the Northwest Division, but because Memphis (55-27) had a better regular-season record, the Grizzlies will hold home court advantage for this series. Last year, Portland shocked the NBA, in a thrilling 7-game series with the Houston Rockets, but the Trail Blazers enter this one with a lot of injured players. Starting shooting guard Wesley Matthews went down for the season with a torn left Achilles tendon, and his replacement Arron Afflalo, has an injured shoulder and is expected to miss at least one game. Following Afflalo, C.J. McCollum has a sprained right ankle and is listed as questionable for game one. At the small forward position, starter Nicolas Batum missed the final game of the regular season with a banged up right knee, but is expected to make a return for game one. Recently, the Grizzlies have dominated Memphis, sweeping the 4-game season series and winning 9 out of the last 10 against the Grizzlies.