“The Tattooist of Auschwitz” tells a story of hope, love 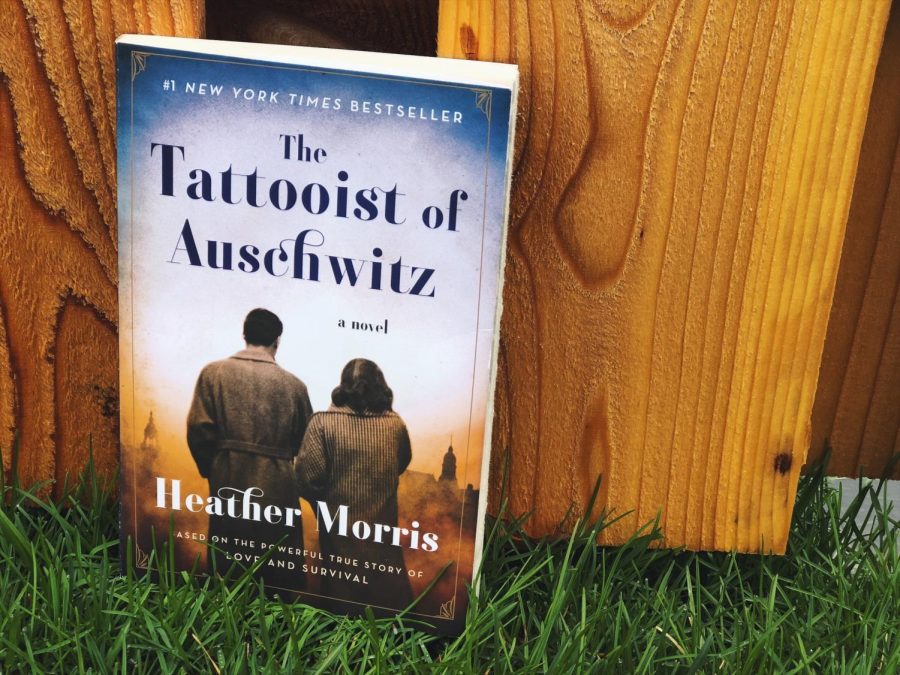 Recently I took a (what I thought would be) brief trip to my local Barnes and Noble in order to find a good book to immerse myself into. Not only did I find one, but I also found five others and spent way too much money on colorful pens and a stylish notebook, but what are you going to do?

If you’re anything like me, sometimes you just get sucked into what I call the ‘bookstore black hole’ which is basically when you just keep finding more and more good books and then three hours later you blew your entire paycheck.

Anyway, one of the first books I stumbled upon that really caught my attention was “The Tattooist of Auschwitz” by Heather Morris.

Now when someone hears the name Auschwitz, their mind is automatically filled with the horror stories they’ve learned in history class and, if I’m being honest, it’s what sparked my interest too.

The second thing that really caught my eye was the tiny print at the bottom that said, “based on the powerful true story of love and survival.”

Lately, I have been noticing that movies and books that have received high praise are often based on true stories. For example, the highly acclaimed memoir of Tara Westover’s “Educated” and the moving tale of Queen in “Bohemian Rhapsody.”

While “The Tattooist of Auschwitz” would have been a great story to tell, the fact that it’s a true story truly makes it one of a kind.

The book opens up with the main character Lale Sokolov on a rickety, dirty train heading towards the camp of Auschwitz. Within the first couple of pages, you can already tell that this is going to be a hard story to hear.

We then begin to follow Lale’s journey in which he discovers the harsh cruelty of the Germans.

One of the main things that the Jewish were subjected to in these concentration camps was rigorous, manual labor. Not only was it hard work, but some of the jobs were down right sadistic. Some had to pile up bodies of those who were shot and clean the crematoriums where thousands of Jews had been burned.

Yet due to Lale’s ability to speak multiple languages, he was able to avoid these cruel punishments. Instead, he was deemed the role of the tattooer; the individual who was in charge of tattooing the numbers onto the arms of prisoners.

Through this job, Lale was able to receive certain benefits such as more food and better living conditions. While some in Lale’s situation might only use these commodities for their own benefit, Lale becomes a patron of generosity as he sacrifices his food and safety in order to protect others.

This aspect of the book is what truly makes it a great and enticing read.

As Lale continues to waste away in the camp, he meets a girl named Gita and instantly falls in love. Soon, Gita and Lale start to form a romantic relationship and it becomes the only thing they can hold onto: a symbol of hope.

What I really loved about this book, was the fact that these characters were not fictional. Lale and Gita really did meet in a concentration camp all those years ago and survived to tell the story.

From the details of the book, you can tell that they loved each other with everything they had (which wasn’t a lot).

However, the book ends kind of abruptly which was most likely a style choice by Morris; she didn’t want it to be this perfect fairy tale. She more or less wanted it to become a story of triumph and hardship and ultimately how love prevails all.

The next time you’re at your local bookstore or library, take a couple of minutes to just wander around. You’d be amazed at the number of great reads you find.