What to watch next: “Parasite” 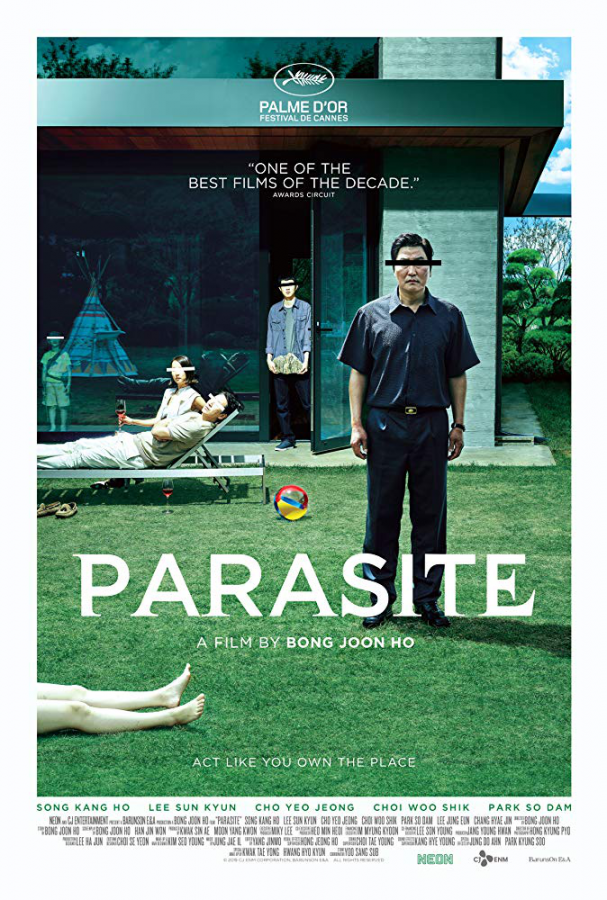 When I heard that “Parasite” was winning numerous Oscars, including Best Picture, Best Director, and Best Original Screenplay, all I can remember thinking about was what makes this movie so much better than any other movie this year. This year featured some amazing movies that all got topped by “Parasite,” so I knew this was something I needed to watch.

So I gathered up a group of my friends and set out to the theater and by the time it was all over, we were all basically speechless, but we all knew the answer to that question. “Parasite” truly is a one of a kind modern masterpiece that well deserves all the praise it is receiving.

“Parasite” is a South Korean film, the first foreign film in fact to win Best Picture, directed by Bong Joon Ho. Now it is in Korean with English subtitles, but don’t let that discourage you, since it is still really easy to follow and is honestly not that much to handle.

Now I really shouldn’t say that much about the films plot except that it is about a poor South Korean family mingling their way into working for a rich family. Now the reason I shouldn’t say much is because the director himself says that it is best to go into the movie knowing as little as possible, and despite not saying much, I whole-heartedly recommend you watch it.

The style that “Parasite” has is also extremely amazing. It’s able to switch from a comedic tone with some rather funny scenes to instantly becoming more serious and having more of a thriller vibe. The way that they are able to do this is just so well done and due to those shifts, I was intrigued the whole way through.

The ending too is also perfect and totally worked for the goal that the movie has. The whole movie emphasizes the life for poor people in South Korea and all the hardships that they have to go through every day. I was literally left speechless as I tried to just comprehend my thoughts while I digested the masterpiece that I had just experienced.

I highly recommend that everyone checks out “Parasite.” It really is a work of art and is one of those movies that everybody needs to see. I really think that it will stand the test of time and go down as one of the greatest films of our generation. While I couldn’t say much about the plot of the movie, I whole-heartedly recommend that every one makes “Parasite” their next movie to watch.