TikTok: the heart of a generation 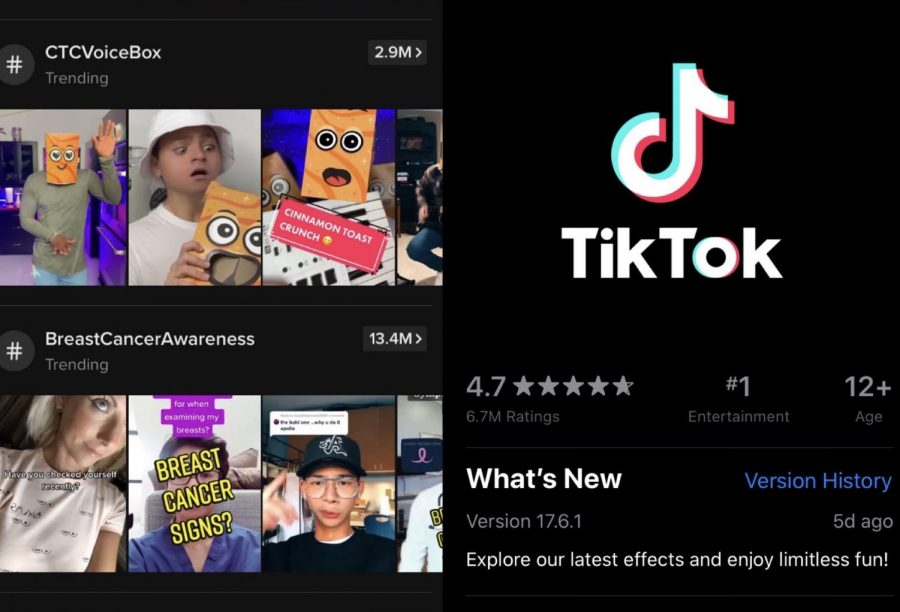 Short length video apps, such as Vine and Musical.ly, have proven to be popular among Millennials, Generation Z, and Generation Alpha, but none have taken the world by storm like the global sensation TikTok.

Created by Chinese tech company ByteDance in September 2016, the international version made its way to the states in 2017.

Since then, this cultural phenomenon has been the source of many memes and controversies. In just three years, it has become hard to hold conversations with someone in Generation Z without being ‘in’ on the joke.

The seemingly impeccable track record of TikTok ended on June 29 when India banned 59 Chinese apps, including TikTok, to avoid foul play in their current border feud. This led to concerns in the Senate about how much data Chinese apps pass to their government. Soon after, the president threatened to ban the app in August.

Since then, many threats have been made, yet no actions have been taken. This leaves Generation Z to reflect on their time with the app and prepare for the day when it might be taken away.

TikTok is a creative outlet for many, but more importantly it is a safe place for their users to express themselves and find others they can relate to. This is the case for junior Presley Blake, who has gained 13.9 thousand followers on the platform by posting LGBTQ+ comedy and positive content.

“I’ve been able to connect with a bunch of different people through TikTok, [including] people [who] are trying to come out of the closet,” Blake said.

Blake posts about her experiences in the hopes of creating a comfortable environment so that kids struggling with their sexuality can realize what they are going through is normal.

“The people who rely on TikTok as a way to feel safe and [relate to others] would be really devastated emotionally [if it got banned]” Blake said.

While social media platforms like this are not new, it is the large variety of people that make TikTok special. In one hour of scrolling, it is possible you can learn something about a culture you are not familiar with. It is also common for people to post daily tips on how to deal with anxiety and manage mental health.

In a society where everything is always going at high speeds, taking a few minutes to step away and have some laughs would make anyone’s day better. This is why junior Charlotte Sveen admits that it can take up a lot of her time.

“It might be beneficial to me [if it got banned] because it might push me to do other things like workout, read, and just progress academically” Sveen said.

But this does not mean that she would not be upset by it.

“[Banning TikTok] would just make this generation a little more mad than it already is,” Sveen said.

As for concerns with their access to data, both girls have avoided the ‘fear mongering.’

“I don’t personally think they’re taking my data. They of course want access to my camera [and] my photos. I voluntarily link my information and social media to it,” Blake said.

They are fairly confident that their data is being treated no differently than any other social media app.

“There’s a ton of US organizations that are doing the exact same thing. Just because it’s China [doesn’t mean it should] be different” Sveen said.

Whether TikTok gets banned tomorrow or not, the sentiment is the same. Nothing can erase the impact this one app has had on an entire generation.