“The Boys” are back in town for season two 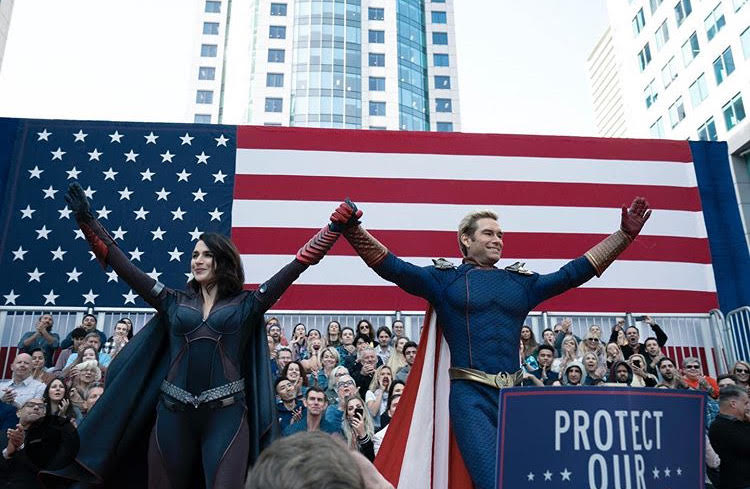 On Oct. 9, the eighth and final episode of “The Boys” season two was released. The concluding episode was the perfect action and drama filled ending that helped elevate a season that sadly started off a bit lacking.

“The Boys” season two picks up where season one left off. The main characters, Hughie and the group, are some of the most wanted criminals in America, the super-hero producing mega-company Vought is growing more powerful than ever, and the vengeful Butcher is nowhere to be found.

Despite the major cliffhanger at the end of season one, this season starts off a bit slow. Right away, I felt they were not able to capitalize on the aspects they left off on and a lot of the tension that had been built up was sort of just lost. The slow start dragged this season down a bit for me, especially since they decided to release one episode a week instead of all at once like last year.

This season also introduced a new superhero, Stormfront played by Aya Cash, whose superpowers are the ability to shoot out lighting, be bulletproof, and fly. She has a very interesting and mysterious background and plays a huge role in this season, but I just could not find myself liking her as a character. I felt like she was a distraction from some of the more interesting characters, such as the main super-hero antagonist Homelander.

Once important plot details and secrets were revealed in later episodes, season two was finally able to pick back up. Everything starts to go down in the concluding moments, especially during episode eight as the boys cut deals and finally face the main antagonists head to head. I think that episode eight is the best episode of both seasons one and two as there is a ton of action, comedy, and drama that blend together for an amazing and exciting hour and seven minutes.

Patience is key while watching the new season of “The Boys.” The earlier episodes are still good but comparatively lack in quality to the later episodes. The final three episodes is where everything kicks off and is definitely worth watching the more bland episodes.

Overall, I think that fans of “The Boys” will be satisfied with the conclusion of season two, especially with the cliffhanger at the end that suggests another season.