Are you a sucker for the “Jonas Brothers Family Roast”? 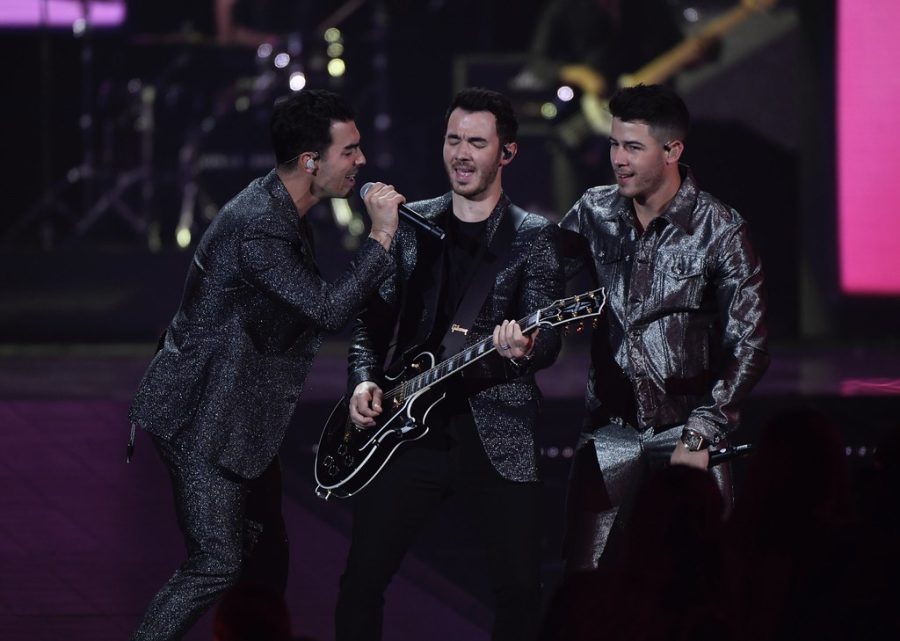 “The Jonas Brother Family Roast” was released on Nov. 23 on Netflix.

The Jonas Brothers came up with a one-of-a-kind comedy special that celebrates the universal truth that no one can get under your skin quite like your family.

They broke up in 2010 when Nick Jonas went off to start his own solo career and then again in 2013. After taking a six-year hiatus due to “creative differences,” the brothers finally reunited in 2019, releasing their well-known hit album “Happiness Begins.”

The brothers then came out with a not so family-friendly show called Jonas Brothers Family Roast to solve their differences; the Netflix special is a fun comedy roast that includes sketches, songs, games, and many special guests like Pete Davison, Lilly Singh, Jack Whitehall, John Legend, Niall Horan, Gabriel Iglesias (also known as Fluffy), Blake Shelton, and Dr. Phil along with his son Jordan McGraw. The guests would take their shot to roast the brothers and humble their egos.

They even had the brother’s partners on the show- Danielle Jonas, Sophie Turner, and Priyanka Chopra Jonas- and they took this chance to shame their significant other.

But not all of the family turned out for the show. Their brother Franklin Jonas and mother Denise Jonas decided they would rather do other things than see their family member be insulted for others’ entertainment. However, all was not lost for this family because the brother’s father, Kevin Sr. Jonas did show up to the show and seemed to be quite pleased with the roast.

The show made many pop culture references that were centered around the boys and their history like their appearance in camp rock and DNCE, which was a band Joe Jonas was in.

The show was also hosted by Emmy award-winning Kenan Thompson, who also did a fantastic job killing the brothers’ self-esteem.

Whether you enjoy the Jonas Brothers or watching people belittle one another, this is a wonderful show for you.