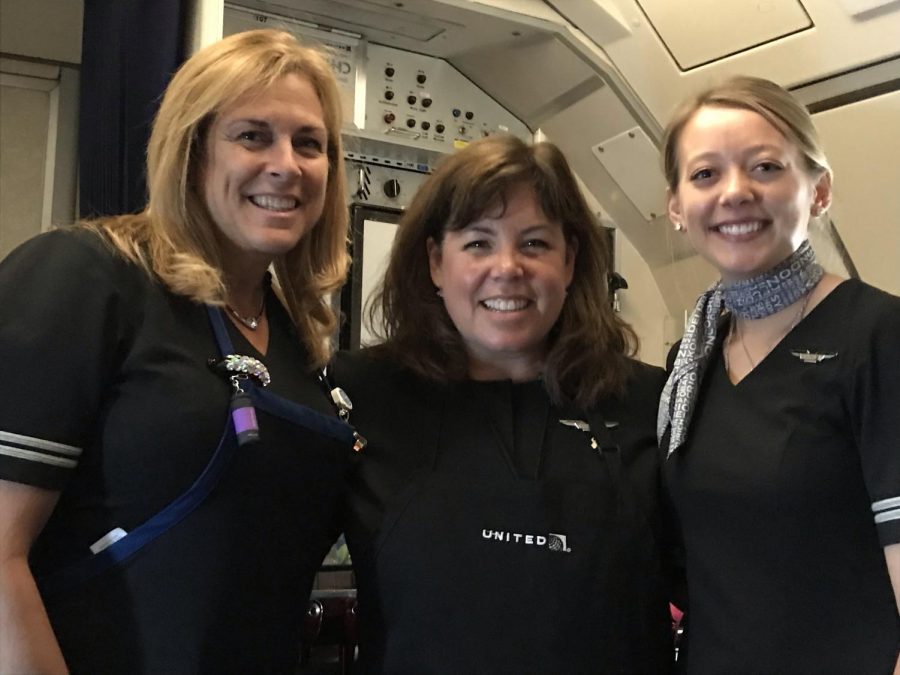 …to be a flight attendant

My last flight was out of Houston, intercontinental airport, and it was a ghost town. Houston is one of our busiest airports, we have a lot of connections from South America, Latin America, from all over the place that come through Houston to go to Chicago where I was headed, and it was vacant. There was hardly anyone to be found. The majority of people on our flight were other flight attendants and pilots trying to get back home. It was creepy. It was scary because you’ve never seen anything like this before and you don’t know where it’s going and if we will be able to recover from this.

I have been a flight attendant for United Airlines for 23 years. Being a flight attendant, I obviously travel a lot. Starting whenever check-in is we go to the airplane, meet with the other flight attendants and pilots, have a briefing, talk about the length of the flight, if there is going to be any turbulence, the service, and any special things that are going on like if there are any prisoners or people with guns on the flight.

I decided to stop flying due to the Coronavirus because it just kinda got weird. They cut back 90% of our flights, so there’s really not much to fly out there anyway.

Something that kind of hit home for me was when I was deadheading home from Syracuse at the end of March, which is where we fly on the airplane to get us somewhere. I was looking out the window where we landed at O’hare and there were all these airplanes just parked, weren’t going anywhere, they were just parked, and that just kind of freaked me out a little bit.

It got scary. Just the numbers that you hear that keep going up and up. Out of 23,000 of us, there have only been about 130 people who have contracted the virus as far as flight attendants go. So that’s a small percentage, but as I said, a lot of us aren’t flying, cause there is nothing to fly.

I never expected this virus to get to this point. I flew over 911, I was a flight attendant during and after 911 and I really thought that would be the absolute worst we ever saw as far as flight reductions and flight schedules. This is totally new territory.

We never know who will be able to show up to fly day by day. This is a crazy situation that we’re in and it’s hard to say what’s going to happen from the next day to the next day.

Now, and in the near future, we are trying to practice social distancing on the airplane, keeping people as far apart on the airplane as possible. Since there are not many people flying right now, that is easy.

For flight attendants, they are sitting us in different passenger seats close to our doors so we’re not sitting right next to each other on our jump seat. Flight attendants are now wearing masks and gloves. The planes are getting more deep cleanings now, more than usual. They just ordered a bunch more fog sprayers to be able to disinfect the airplanes a lot faster and a lot more often. We also implemented reduced service so less interaction with the passenger. As far as the future-future goes, we’ll have to wait and see about that.

I am very fortunate, and my husband is very fortunate, that we both still are getting paychecks and working. Life right now is very lonely. I seem to be missing out on the little things, my dad only lives 15 minutes down the road but I don’t get to go see him. I get to walk the dogs, I make my errands once a week. It’s just kinda bizarre, strange, like living in a twilight zone.

After the end of this pandemic, I hope we will appreciate our jobs, for people that still will have jobs. I hope we have learned a lot science wise and how to deal with a pandemic when it comes. I hope we are just more appreciative and thankful for what we have, who we have.

Listen to the experts, listen to the doctors, stay away from people, only do essential things, keep the social distancing apart, someday hopefully life will go back to normal.